We spent our first hours of 2009 in Washington, we actually flew in and were driving to Jone's parents at midnight. It was while we were there that we found out that we were pregnant. A week after we left Pip gave birth to her first boy Tpants, we just missed it. As the year progressed we were blessed to live by family, here and in California. I have had the opportunity to serve in Young womens, and get to know some wonderful ladies. Jones and I spent less time apart than most years but still spent a month or two living apart, making us realize again how important our time together as a family is. In the last few months we have been blessed with a daughter, a job, stability, and time together. In our entire marriage I have never felt as blessed as I have these last few months.
When I was 14 I used to wonder where I would be in 2010. I had no idea I would be the mother of two beautiful children, and have a husband who loves and supports me in everything I do. This year has been a great one, but this decade has been one that will define me for the rest of my life. When we moved to Moreno valley in 2000 I made friendships that guided me through teen years, and was blessed to grow up with people who had strong moral values, and the courage to stand and live by the things they believed. I have strengthed my relationship with my Savior, and through his Atonement I have been made whole, many times. I went from being a curious 12 year old girl who held grudges and let her emotions control her, to being a 22 yr old woman who understands a little better who she is, can be guided by emotion but is no longer controlled by them, can forgive others as I have been forgiven.
I don't know where I will be in 2020 but I hope that I can say that I have grown as an individual, and that I have loved and served my family with all my heart.
Happy New Year
Posted by Crys at 1:00 PM 0 comments
Labels: Family 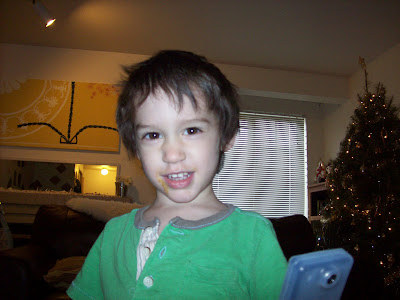 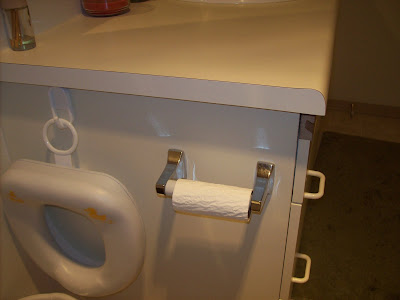 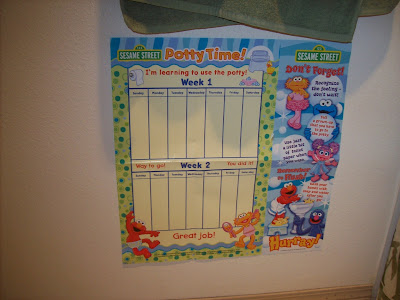 I have been putting it off and putting it off, but now it is time. C is almost 3 so potty training is about to become a more serious thing in our home. We even got him cute little underwear and a potty chart. So far it is going ok, when he goes pee he very abruptly goes "Oh!" and then runs to tell me, so hopefully he will start to get it. PLEASE.
Posted by Crys at 1:15 PM 0 comments
Labels: Family

For the month of January I am tackling Ctober's room, It's my birthday present to myself and C. His room has always stumped me in the past, mostly because I couldn't figure out how design around bright colored toys and weird but need kid furniture. However I have finally figured out what I am going to do so before and after pics will be here shortly!
Posted by Crys at 12:42 PM 0 comments
Labels: For the Home 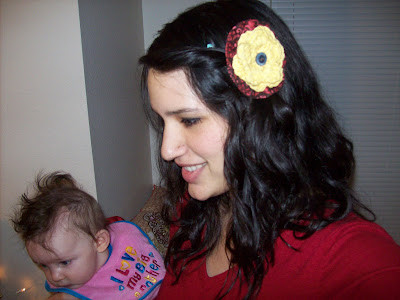 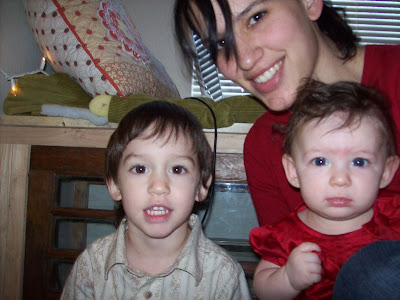 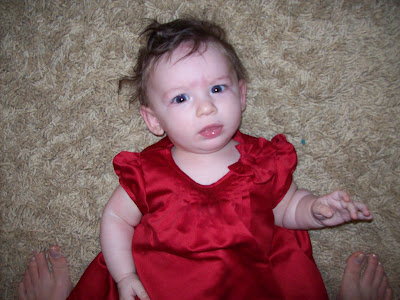 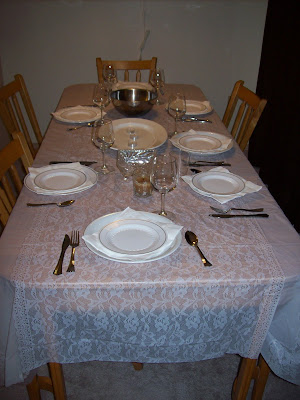 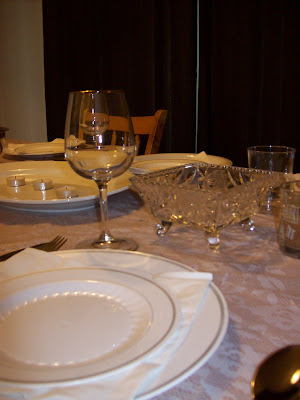 Christmas Eve was wonderful, dinner was great, we have full success! My kids cooperated really well and let me dress them up and take pics. I am so exhausted though from a long weekend. I forget how exhausting it is to be a mother of a young baby. I keep thinkinh 'I'm not pregnant anymore so why am I so tired?' Time for some much needed down time.
Posted by Crys at 1:02 PM 0 comments
Labels: Family

Let the cooking and singing begin!

I'm so Excited and I just can't hide it..

Now the trick is to make it through today, and then tommorow the festivities begin.
Posted by Crys at 9:29 AM 0 comments
Labels: Family 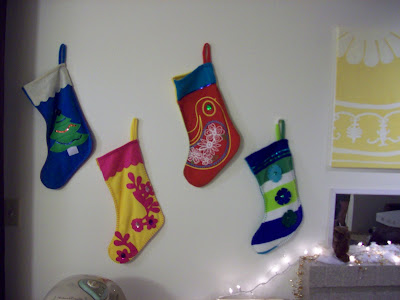 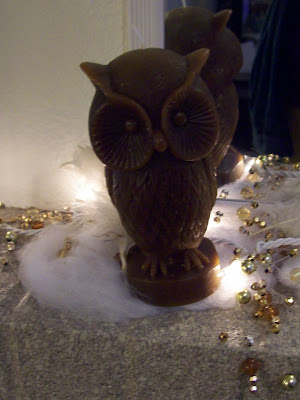 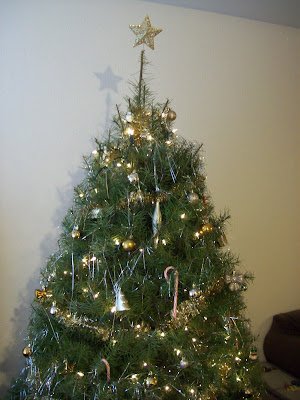 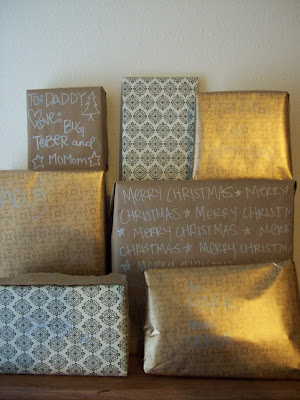 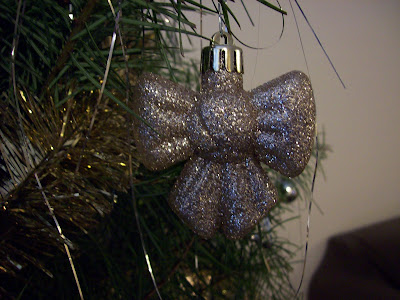 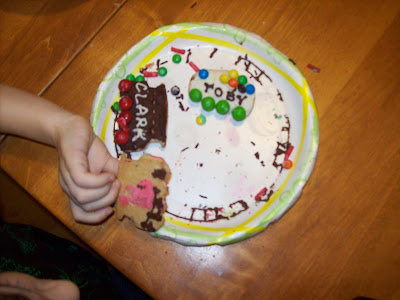 This year for Christmas I am in love with the combination of gold and silver decorations. It just looks so soft and warm, romantic and festive. I am going to be really sad when I am forced to take down our Christmas decorations. Our house is going to look so empty.
Just last night I got a package from my mom, it had home made train cookies in it which C-bug loved, and a bunch of other goodies in it. Between that and It's a Wonderful Life it is finally feeling a lot like Christmas.

Posted by Crys at 3:16 PM 0 comments
Labels: For the Home

So for the last four years Jones and I have been watching TV on our little 15" monitor, but no more. We are now the proud owners of a 24" flat screen and we are loving it. However I don't love all the exposed wires and mess that is going on behind the TV. My dream is that we will mount it on the wall, hide the wires and hang a decorative retro frame around the tv that gives it a little more personality. Ofcourse I haven't actually been able to find such a frame so it is possible we may have to make one. Another project to put on our list for 2010.
Posted by Crys at 2:41 PM 0 comments
Labels: For the Home

Some of her first smiles

Last night the whole clan got together and went to eat at a French bistro. It was delicious and afterwards we went to the Zoo and looked at Christmas lights. It was a great way to begin a festive week.
Posted by Crys at 6:59 PM 0 comments

For too long now, I haven't been able to blog on a regular basis, but now that we have internet again I can start doing it more often. It has been a crazy December. The first 2 weeks went by so fast, and I was very on top of my Christmas shopping and decorating. This week however has been slow and painful and the realization that I wouldn't be surrounded by my loud and spiritual family this year really started to sink in. Christmas is such a tradition filled time for me and it is really hard for it to feel like Christmas to me without those traditions. Somehow I need to figure out how to create those feelings in my home, on my own. With Christmas next week I am determined to get my spirit on, and quick.
Posted by Crys at 9:31 PM 0 comments 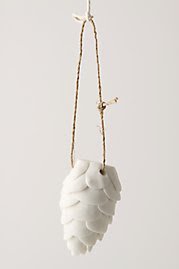 I love this time of year. Jones and I have a tradition that started our first Christmas together. We got home the day after christmas from a month long traveling extravaganza, we had absolutely no money, no car and it was freezing, but we wanted to celebrate Christmas together, so we each set out, Me with the $3 we had in the bank and Jones with the $3 of change we had and shopped around downtown Salt lake for gifts for each other. Lucky for Jones, (or maybe luckier for me) there was an Anthropologie nearby, and he bought me a glass drawer knob on clearance. It was beautiful and unique, and perfect. Every year since, whether we have $3 or more, he gets me a little something from Anthropologie, and this year it was the pine cone ornament pictured above. I love my husband, and I love Christmas.
Posted by Crys at 7:45 PM 0 comments

Looking for something Specific?

Place that steal away my mind.. and occasionally my money..